Culture is the identity of Nation 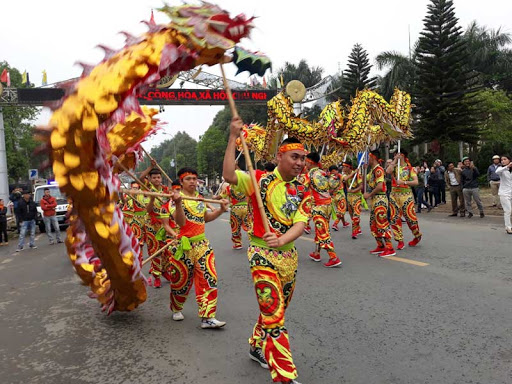 28 Oct Culture is the identity of Nation

Posted at 09:34h in Society by Nathan Peters 0 Comments
0 Likes

Spring is coming and with it the exaltation of landscapes full of flowers and rivers full of life. A life that translates into a multitude of patron saint festivities throughout the Spanish rural territory: pilgrimages, crosses in May, Corpus Christi, medieval days, bonfires of San Juan and a long, etc. they travel the length. And the breadth of the Spanish geography. Festivities that show centuries-old traditions that pass from one generation to another. And that is undoubtedly a fundamental element of the cultural identity of each and every one of the Spanish peoples.

We define cultural identity as the set of values, traditions, symbols, beliefs. And modes of behavior that function as elements within a social group. And that act so that the individuals that form it can base their feeling of belonging. A sense of belonging that lasts in the collective ideology and that passes the time that passes will always remain in the memory even not living in the municipality.

Why is it important to work on the cultural identity of the people?

In an increasingly globalized world where the internet. And the way of interacting through social networks has opened up the field of knowledge. And allowed us to get to know new cultures that have undoubtedly enriched society both socially and culturally. It is vitally important not to leave aside our true essence, our sense of being, our origin, our history. Our sense of belonging and with it our values and working from local collectives. And entities to protect and maintain the essence of festivals and cultural activities as a local identity of the municipality.

The loss of identity of a people directly affects the lack of roots and therefore the abandonment of the towns. Towns where we were born and raised and where we share the first years of life where family, friends. And leisure time was a fundamental key in who we are as people. Values and modes of conduct that were formed in those first years of life. And that will accompany us throughout our lives, no matter where we live.

How to reinforce the cultural identity in the town?

Knowing where we come from as a local society in order to value what we are and to reinforce at the collective level is a fundamental key to preserving the cultural identity of a people. Below we break down those factors that reinforce identity:

Compilation of information on the collective ideology valuing the elders of the community as a source of knowledge and essence of identity.

Know the why of traditions and folklore

Knowing why the festivities are held in a certain way, their symbols. And what they represent at the collective level for the community is essential to value, protect, and defend them over time.

Cultural identity in the educational system

It is essential to work on cultural identity at school, where the little ones know the reason for the holidays and live them as moments of joy. And devotion to the community and feel honored to receive such an important inheritance.

Promotion and dynamization of cultural days

That they deepen the dissemination and that they avoid the loss of traditions both for those who live in the towns and those who approach the population. And who does not understand the reason for the traditions?

The human being is social by nature and needs moments of tribute both at the family level. And at the collective level, many patron saint festivals have figures such as butlers, deputies, queens of the festivities, miss or mister that are important on a personal level. And that reinforces the meaning of belonging to the town or community.

As a final conclusion, I would like to emphasize. And draw attention to the loss of essence suffered by the patron saint festivities. And how the festival really prevails over the festival and the essence and “why” are left aside, the loss of identity. The festivities in order to attract more tourists to threaten conservation. And diminish originality and a sense of belonging to those who actually organize them, which are the local groups and entities that remain in the territory throughout the year.