Posted at 07:51h in War and Peace by Nathan Peters 0 Comments
0 Likes

We are fast approaching the 76th anniversary of the end of the Second World War. Both the European and Pacific fronts ended in 1945. The war in Europe ended with the suicide of Adolf Hitler and the war in the Pacific with the atomic bombings of two cities in Japan. The casualties amongst combatants and civilians were horrific, numbering in the tens of millions. The atrocities committed against not only combatants but civilians will haunt the world forever. People survived these events, triumphing over the difficulties and dangers they faced. While the history of World War II is often one focused on strategy and tactics, politics and economics, it cannot be forgotten that individuals were key components to each of these important aspects of the war. 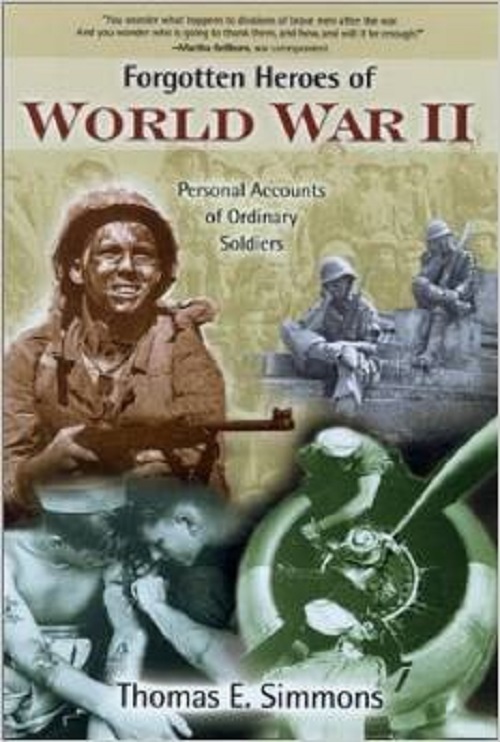 One of the first groups of people to suffer were the Poles. Invaded by the Soviet Union thousands of Polish army officers were rounded up by the Red Army of the Soviet Union and executed. The Red Army then started to purge the intellectuals of Polish society in order to stop any organized resistance to Soviet occupation and the installation of a puppet government. Many Poles fled however and were taken under the protection of the British government. Tens of thousands of Poles, like Kazimerz Szmid, joined the Polish Army, not only to fight for Poland’s freedom but to escape the horror of being a refugee. Eventually some of these men, Kazimerz Szmid included, volunteered for the 1st Polish Independent Parachute Brigade. These men were highly trained and disciplined, taking part in Operation Market Garden, fighting with tremendous courage and strength.

In America, thousands of young men raced to recruit officers following Imperial Japan’s surprise attack on the naval base at Pearl Harbor. Others were handpicked by the United States government, men such as Robert Sheeks. While studying Chinese in college Robert was asked to join the United States Navy’s Japanese Language School located in Boulder, Colorado. At the school, he would learn the basics of the Japanese language, an incredibly difficult language to learn. Armed with this knowledge Robert would join the United States Marine Corps as an officer, serving in the Pacific theater, and use his knowledge of Japanese to translate captured documents and interrogate prisoners of war.

Men did not hold sole possession of patriotism, however. When Nazi Germany violated its non-aggression pact with the Soviet Union and attacked the Soviets, Soviet women flocked to the protection of their country as well. One of these women was Lyudmila Pavlichenko, a highly skilled sniper who specialized in counter-sniper tactics. During the war, Lyudmila would eventually have a confirmed kill count of 309. She used her deadly abilities to help stave off complete destruction and annihilation at the hands of the Nazis at Odessa and Sevastopol.

While learning about the great, sweeping events that occurred during Second World War II is fascinating and exciting, it must be remembered that there are literally millions of stories attached to each event. These stories are not only about the men and women who fought and served in the different armed services but of those people who were caught up in the whirlwind of war as well. The upcoming 70th anniversary of World War II will be an excellent time to examine the sacrifices of those people and to learn about what they did to help bring the war to an end.