The Global Refugee Crisis: What You Need To Know 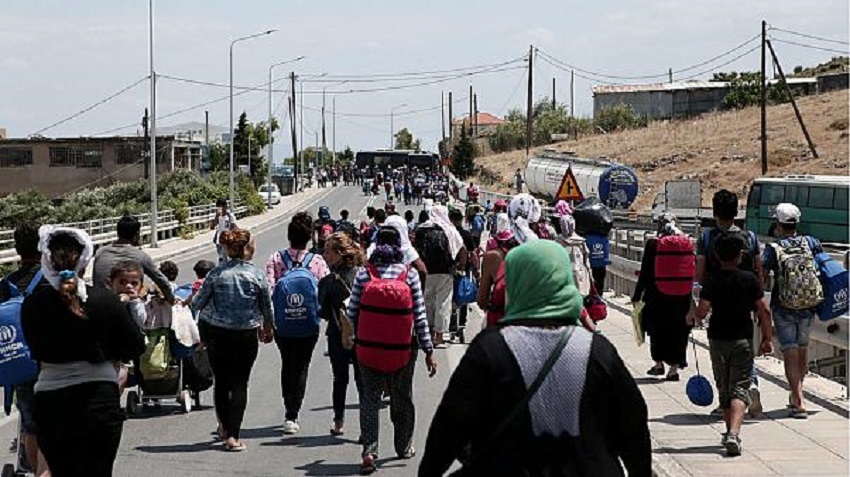 08 Jun The Global Refugee Crisis: What You Need To Know

The refugee crisis has now become “a global phenomenon”. Filippo Grandi, head of the UN High Commissioner for Refugees (UNHCR), used these words, highlighting that never in history had the problem occurred with this intensity, and therefore urged governments to become aware of the problem, because “looking away is not a solution”.

According to Grandi, interviewed by the British broadcaster BBC, nations must give greater support, even at an economic level, to the countries that are most directly called to manage this emergency, which does not only affect Europe: migratory phenomena concern all continents. Masses of people move for example from Mexico to the United States, from central-southern Asia to Australia, from Eastern Europe to Russia, or internally, as happens in Africa. A refugee population estimated at 20 million units, of which less than 1% were accepted in another country last year, as Filippo Grandi said.Not everyone escapes from wars: persecutions of an ethnic, religious or political nature, internal instability and hunger also push people to leave their homes. Different reasons which therefore require “different answers and types of investments”.

The fact that Syrian refugees are also pouring into East Asia or the Caribbean must make it clear that the phenomenon is truly global, and therefore capable of influencing the balance of the entire planet. Therefore, “closing borders and pushing people back – as many countries are doing – is a solution that simply won’t work.” (SAY)

The poor reception of the rich in the world

The Oxfam Report entitled “The poor reception of the rich in the world”, reveals how Jordan, Turkey, Lebanon, Pakistan, South Africa together with the Occupied Palestinian Territory host more than 50% of refugees from around the world, while the six richest welcome them only 9%.

The six richest countries in the world – the United States, China, Japan, Germany, France and the United Kingdom – while contributing more than half to the global economy, are home to only 9% of the refugees. While six other countries, much poorer but close to the worst areas of crisis, are taking care of 50.2% of refugees and asylum seekers around the world.

These are the data released today by Oxfam, through the report The poor reception of the rich in the world which reveals how last year the six largest economies on the planet hosted a total of 2.1 million refugees and asylum seekers, that is only 8 88% of the total. A figure much lower than the response from Jordan, Turkey, Lebanon, South Africa, Pakistan and the Occupied Palestinian Territory – which, although representing less than 2% of the world economy – welcomed over 11.9 million.

This epochal flow of people who flee from situations in which we cannot survive, due to wars, famines and poverty. They are men, women, the elderly and children, too often forced to risk their lives to reach a safe place. The poorest countries are taking charge of ensuring their protection and security, but the richer countries also have to do more. We are facing a complex challenge that requires a well-coordinated global response and shared responsibilities.

Today more than 65 million people are fleeing because of conflict, persecution and violence: it is the highest number ever recorded. A third of these people are refugees and asylum seekers outside their country. An exodus caused mainly by the war in Syria, but also by situations of instability occurring in other countries, such as South Sudan, Burundi, Iraq and Yemen.

The global refugee crisis is a conspiracy of abandonment

On the eve of World Refugee Day, Amnesty International presented the report entitled “The global refugee crisis: a conspiracy of abandonment”. The report accuses leaders of the international community of condemning millions of refugees to an unbearable existence and thousands of them to death, not providing them with the indispensable humanitarian protection. Describes the suffering of millions of refugees, from Lebanon to Kenya, from the Andaman Sea to the Mediterranean Sea and calls for a radical change in the world’s approach to refugees.

“We are witnessing the worst refugee crisis of our time, in which millions of women, men and children struggle to survive between brutal wars, networks of traffickers and governments who pursue selfish political interests instead of showing the slightest human compassion” – said Salil Shetty, general secretary of Amnesty International.

“This refugee crisis is one of the crucial challenges of the 21st century but so far the response of the international community has been shamefully unsuccessful. There is a need for radical change in policies and practices to create an overall and coherent global strategy” – Shetty.

In Beirut, Amnesty International presented a proposal to strengthen the refugee protection system and urged states to make a concrete commitment to respect their legal obligations and to fight for an international sharing of responsibilities. Among the actions that Amnesty International asks governments to take, are the following …

“The world can no longer stand by while countries like Lebanon and Turkey bear such a heavy burden. No country should be left alone to handle a huge humanitarian emergency, poorly helped by others, just because it is on the border with a country in conflict” – added Shetty.

“Governments around the world have a duty to ensure that people do not die while seeking salvation. It is imperative that they offer safe shelter to desperate refugees by establishing a global refugee fund and taking effective measures to bring criminal networks to justice of traffickers. The time has really come to strengthen protection for refugees, otherwise the world will become complicit in an avoidable tragedy” – warned Shetty.