Why culture is vital in a nation’s development? 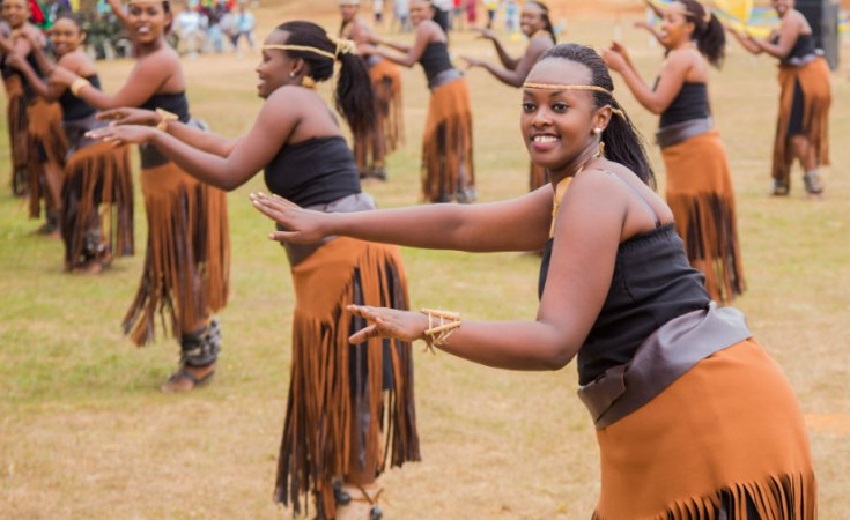 08 Jun Why culture is vital in a nation’s development?

Posted at 09:42h in Culture by Nathan Peters 0 Comments
0 Likes

When we talk about culture’s importance on the nation’s development, we often refer to countless areas that do not easily allow us to identify the real peculiarities attributable to that vast sea magnum enclosed today, under the aegis of culture. All the intellectual knowledge acquired through study, reading, experience, influence the environment. It is being reworked subjectively and autonomously become a constitutive element of personality. It is helping to enrich the spirit and develop or improve individual faculties, especially judgment.

Culture is vital in a nation’s development

Culture is indeed an individual training process based on the learning of some knowledge, whose purpose is the balanced and complete development of the human personality. Still, it is also the set of ways of living, expressing and thinking that characterize any group human.

It is the evolution of the term, which occurred mainly between the eighteenth and nineteenth centuries, that has strongly marked the development of the concept that, by definition, culture still carries with it today.

The evolution of the culture

As a notion, the term culture is already inherent in ancient thought. It indicates man’s education to a properly human life, usually represented by life in society and, at a higher level, by the exercise of intellectual activities.

In the middle age, this terminology begins to take on purely religious meaning, finding an institutional structure in the organization of knowledge. The process of man’s formation is led back to transcendent ends, where earthly life is considered as mere preparation for eternal life, to an existence marked by the alternative between salvation and damnation. With the advent of Humanism, culture returns to be considered as man’s formation, just as ancient thought used to label it.

But the real revolution took place right from the eighteenth century, which in the advent of the Enlightenment finds its maximum rationality. It is coming to consider culture as a training process determined based on the reference to an intellectual heritage that is no more than a single individual, but of a people even of all humanity. Here, the phases of the terminological development of “culture” begin to go hand in hand with the path of humanity, contributing to the growth and influence of each other.

The multicultural drift of culture

This process of growth has brought culture today to undertake a real multicultural drift. So, much so that contemporary cultural anthropology is also interested in the multiple dynamics of encounter/clash between tradition and innovation, no longer on a national but planetary scale, looking at participation in the design of new development hypotheses aimed at protecting the diversity of the various local communities of the globe.

So what is meant, on a multicultural level, by the term culture? In its most global and complete sense, culture is the set of characteristics that distinguish different people individually. These characteristics are not only linked to the country in which you are born or raised but are configured starting from a series of heterogeneous factors that range from your personality traits to family, religion, friends, education, profession and so on Street.

The term can be used in a descriptive or normative sense: in the first case, it refers to companies in which several different cultures interact in public spaces and common places. Such as schools and workplaces; the second is attributable to companies. It has implemented regulatory systems aimed at promoting social interaction based on the preservation of the different cultural identities interacting and communicating in the public space.

The multicultural drift of culture and the advent of the most modern technologies have inevitably also led to the concept of intercultural communication, to be understood as that type of communication that considers cultural, interpersonal and personal variables. In practice, it consists of a real act of sharing, in which a message is sent by an issuer to a recipient of a different culture, language and nationality, using one or more codes common to both.

But why is culture politically important?

From this short, but I hope intense “cultural” excursus. I think it is easy to deduce that culture has always been a fundamental element for the life and knowledge of the past of each nation: it is no coincidence that travel deeply enriches being human as it allows him to come into direct contact with cultures sometimes opposed to ours.

Given this axiom for granted, I strongly believe that culture should be one of the main points of intervention that a forward-looking government should consider to perpetuate the spread and knowledge of the society it governs over time.

Opening museums, enriching libraries, conserving archives does not mean dedicating yourself to something ancient and outdated. It does not make a “trend,” but rather means putting your hand to the most precious things that every nation has: its tradition, its greatness, its tangible and non-tangible, material and moral magnificence.

To do this, of course, we must invest in culture, finding more and more funds (public but also private) that enhance and make usable the temples of knowledge and knowledge. This knowledge is easily understood by everyone, especially if disclosed in museums: images such as paintings and statues of the time are often easily understandable and manage to convey the history or the cross-section of everyday life of the era in which they were made.

Archive documents are not so easily understandable

For this reason, it should be emphasized on the training of archivists and paleographers who know how to keep reading these texts, which over time, should be digitized for easy reference, safeguarding the originals from the continuous touch of the users.

The beauty of the contemporary world in which we find ourselves living has made it possible to spread these precious treasures in high quality, making the masterpieces of the world easily accessible and accessible, as well as admirable.

The culture is lifestyle, traditions, customs, folklore and social practices

Never forget it, but let us be aware. Rediscovering it means rediscovering ourselves and our history: doing it means offering and offering intellectual quality worthy of being noticed. We open museums to the public, make them more accessible, encourage the study of art history. We organize educational visits to museums, libraries and theaters: the human being needs to get used to culture and can do it by attending the right places.

I believe that stimulating technological and cognitive development, digitized our collections, and increasing the formation and approach of society to these ancient churches of knowledge. It can be one of the best ways to pursue, also managing to learn from the mistakes of the past to avoid committing new ones.